Keith’s abilities to fix and make things will always amaze me.

He decided to add an oil pressure alarm to the engine so that we wouldn’t (I wouldn’t) accidentally leave the key in the ON  position thus frying our alternator.  In order to do this he needed a manifold.  So, he just made one out of a thick sheet of aluminum.  Yes, he has access to tools and he assured me that this was not really that impressive of a thing, but I still thought it was pretty cool and I even took a picture of it.  Our new low oil pressure alarm, hobbs meter, and oil pressure gauge now just plug right in.  While he was at it, he also cut some metal to beef up our outboard motor mount that was starting to bow a bit from the weight.  Ok, that one was pretty straight forward, but his little projects got me thinking and I ordered myself a piece of metal from him to go under the anchor chain on the deck. 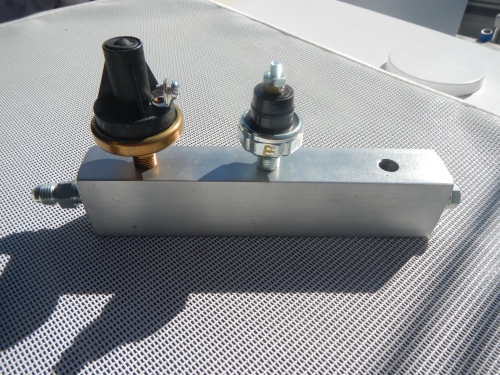 Then, since he seemed to be in a fabricating mood, I told him I needed a new backing plate for the companionway lock.  He said no problem.  I asked if it needed to be all straight sided.  He said no, just make a template.  So I did.  Let’s just say he really wasn’t too ecstatic about it, but the next day I got the happiest little 316 stainless steel backing plate ever!!!  Isn’t it cute? I even want to give him a name. 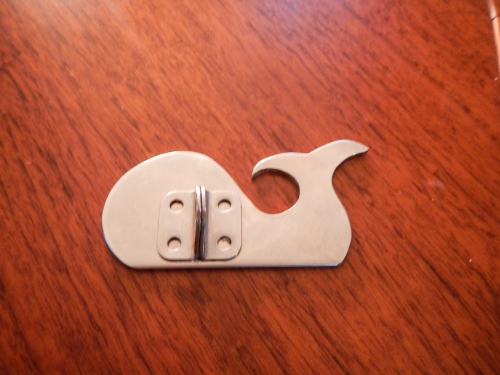 By the way, apparently adorable little whales are much more difficult to make than manifolds. Who-knew?