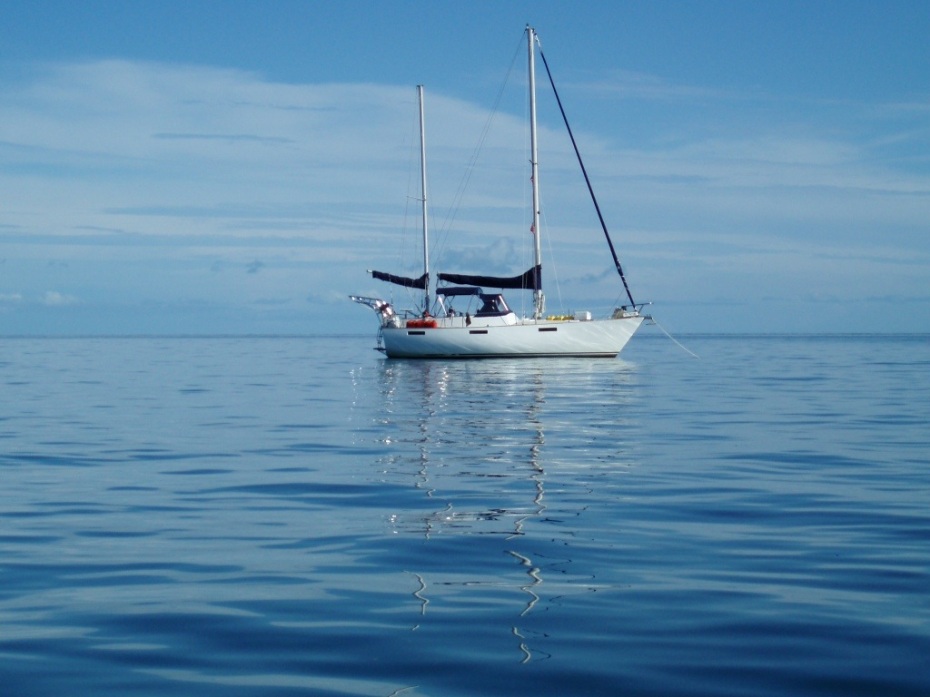 She is an Oyster Mariner 35 designed by Holman and Pye.

We found her sitting in the sugarcane fields of central Florida. Her rigging and guts were in piles around her. She was sad and moldy and had a bad case of “mangrove rash”. The trailer she rest upon was even sadder and rustier. We fell in love. Bright turquoise decks and all (and they were bright!). We had her trucked to Satellite Beach and plopped in our back yard for seven months while the refit began.

So far the engine has been yanked out and completely rebuilt and all new accessories added; shaft, propeller, and cutlass bearing replaced; the running and standing rigging replaced; new chainplates; new sails made; I sewed a new dodger, bimini, enclosure, and sail covers; the moldy disintegrating vinyl headliner was replaced; the moldy disintigrating vinyl headliner in the SHOWER was torn out- YUCK!; new cushions were made; the hull and deck were repainted; almost all of the electrical system was ripped out and re-run; Keith made dingy davits; batteries were replaced; solar panels were added, the counters were replaced; refrigerator and freezer were added; the inefficient bow rollers were redesigned and a windlass added; the teak refinished; mosquito netting fitted to all hatches; watermaker installed; new electronics and navigation systems added……and a bunch more.

But pictures tell the story better, so here: 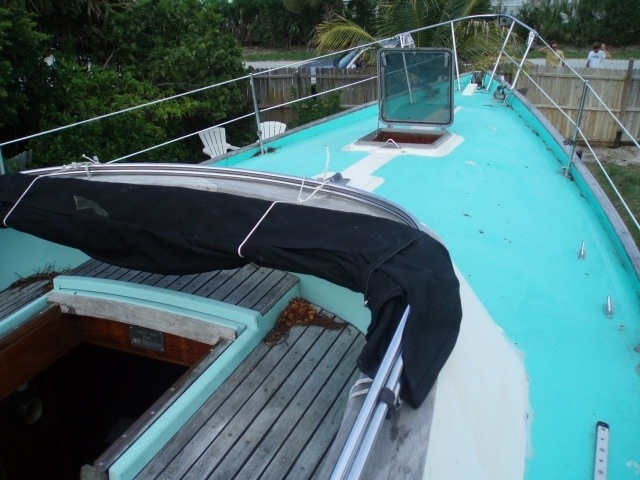 ^^ Told you they were bright! 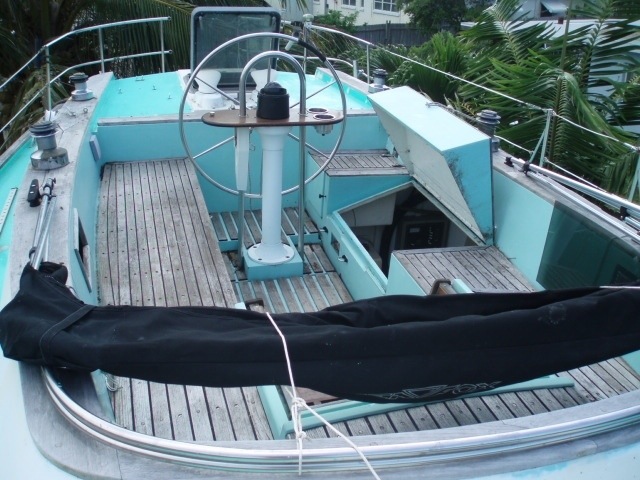 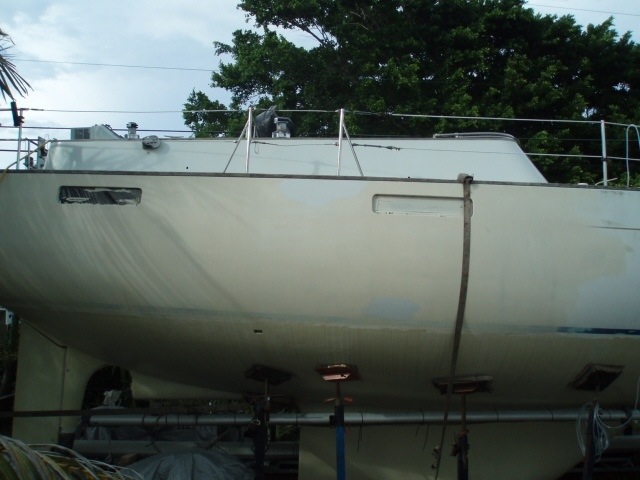 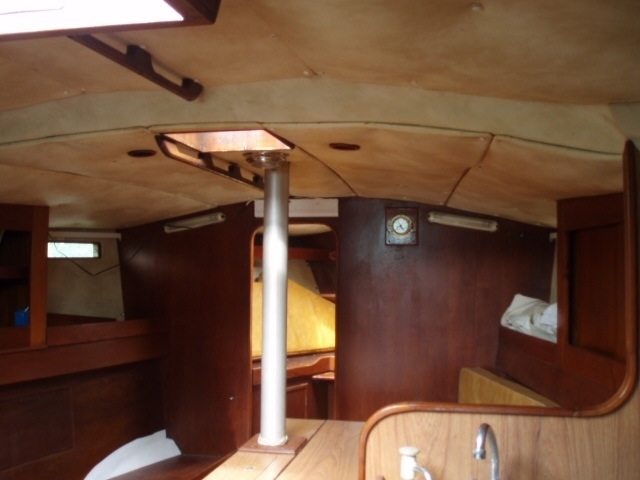 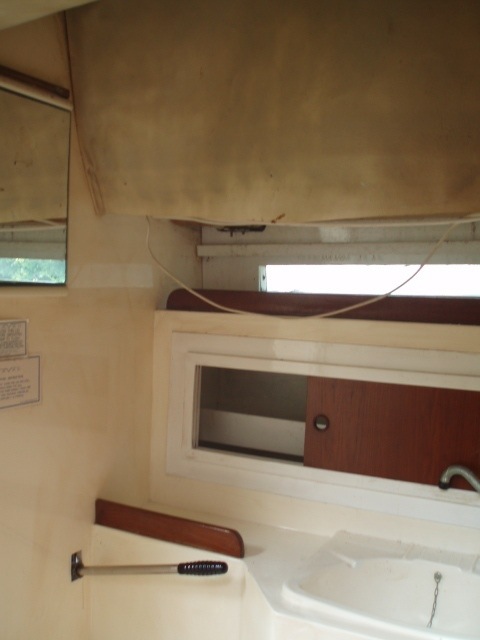 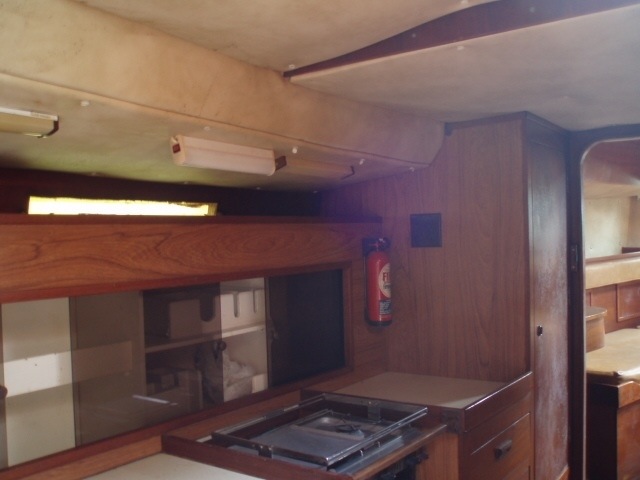 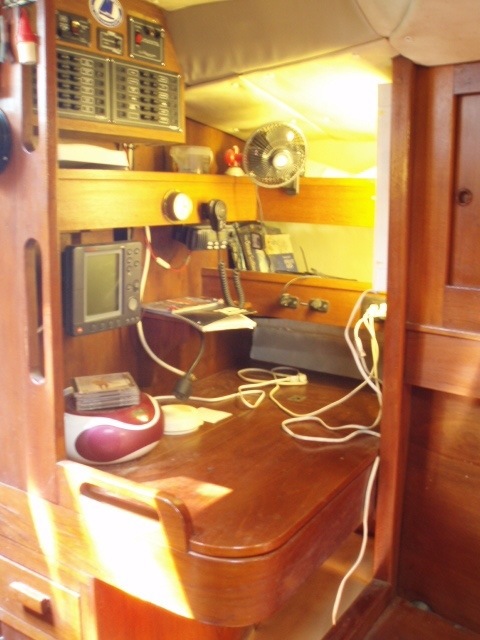 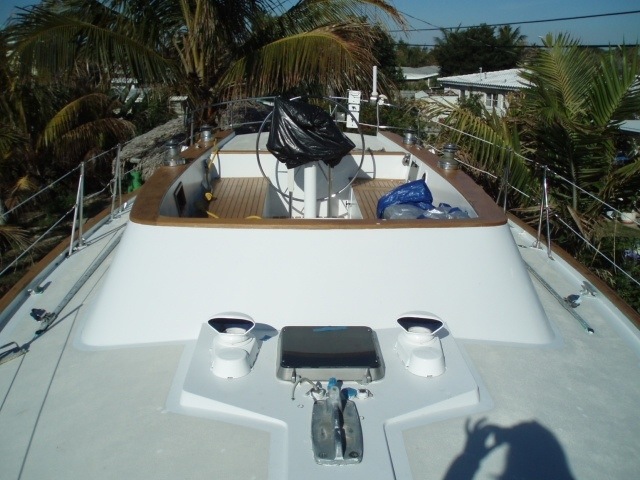 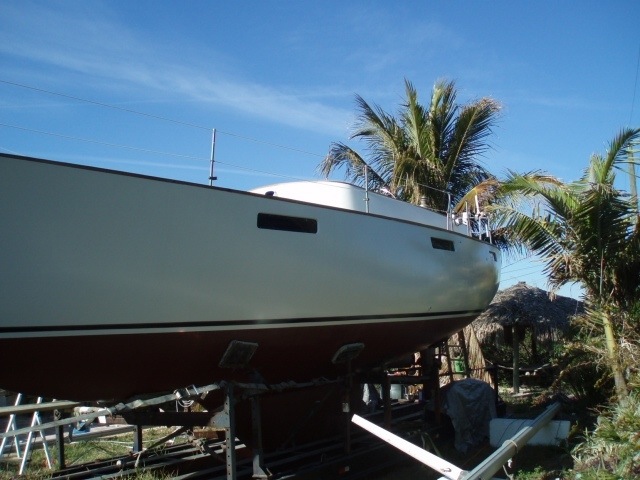 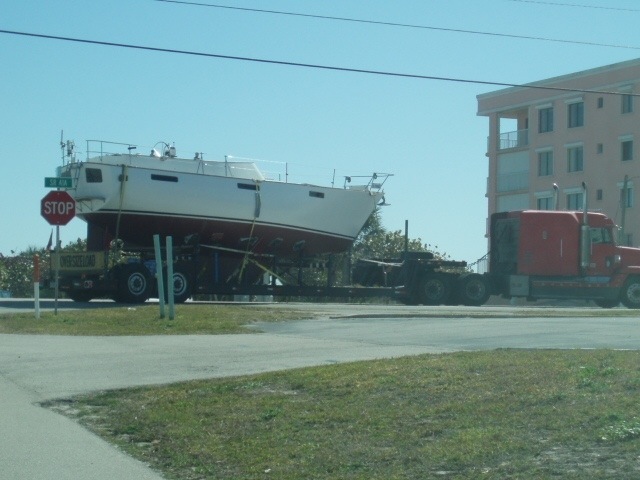 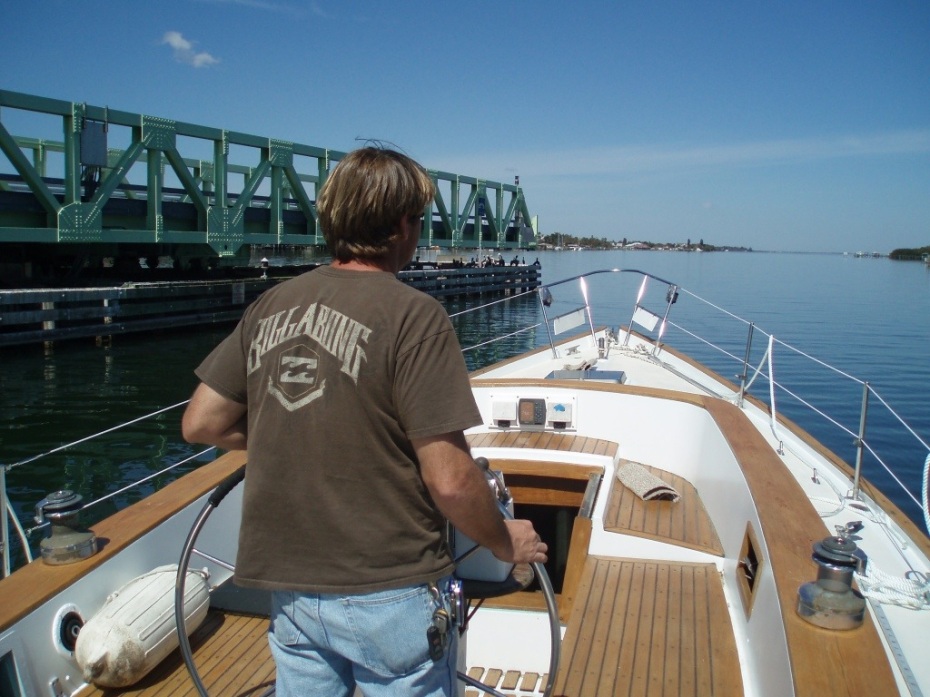 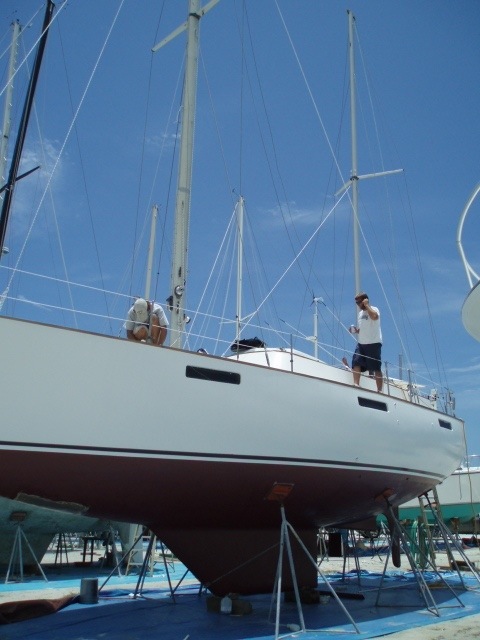 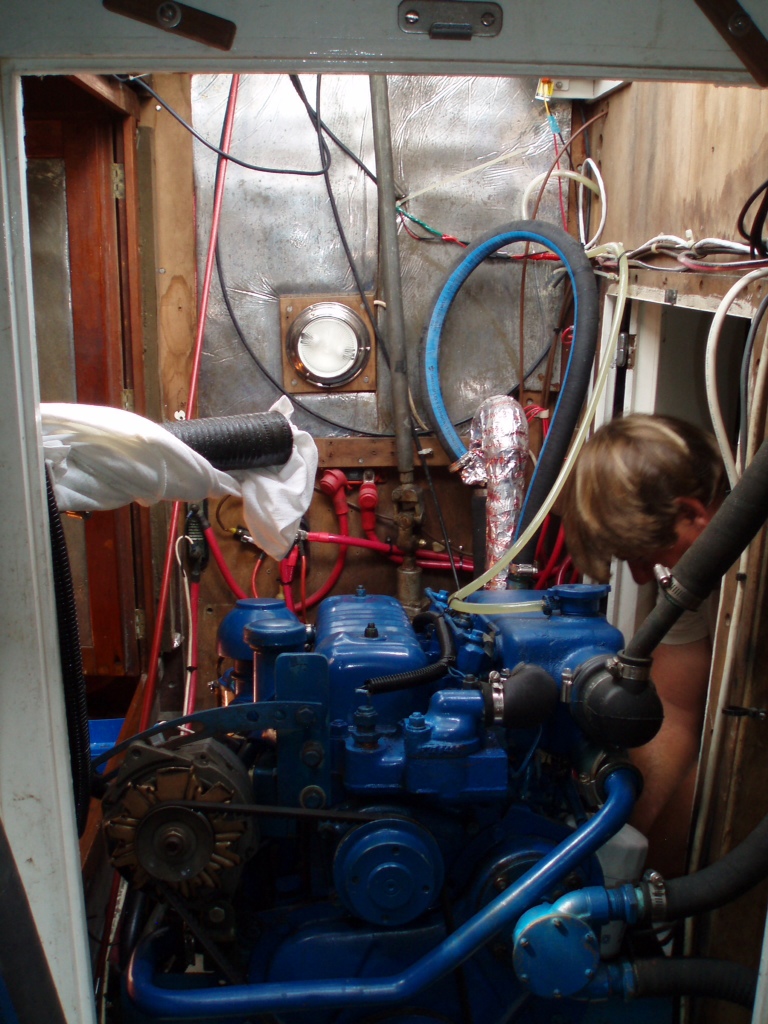 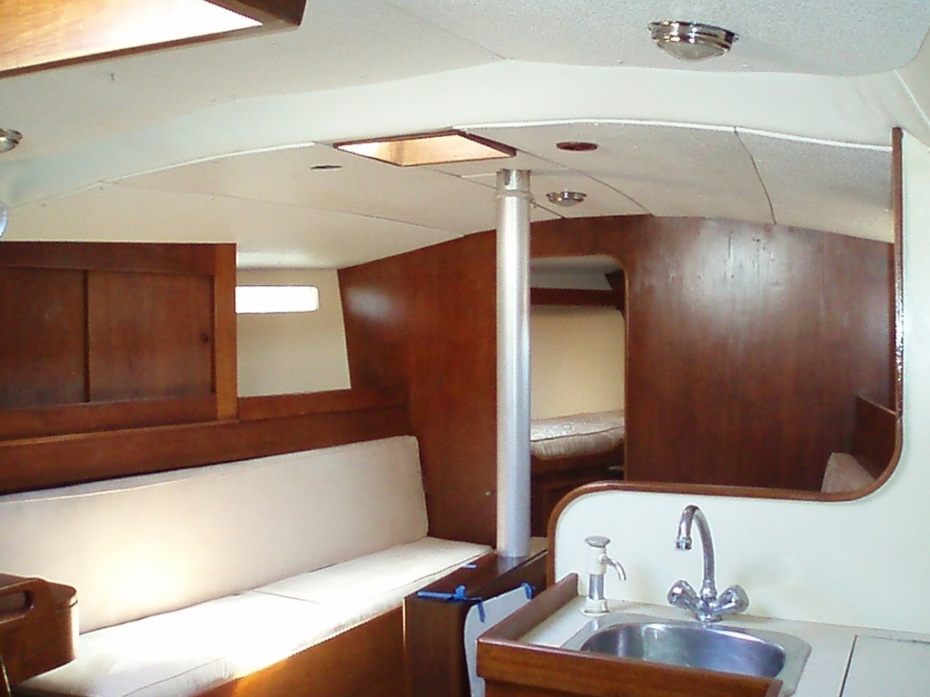 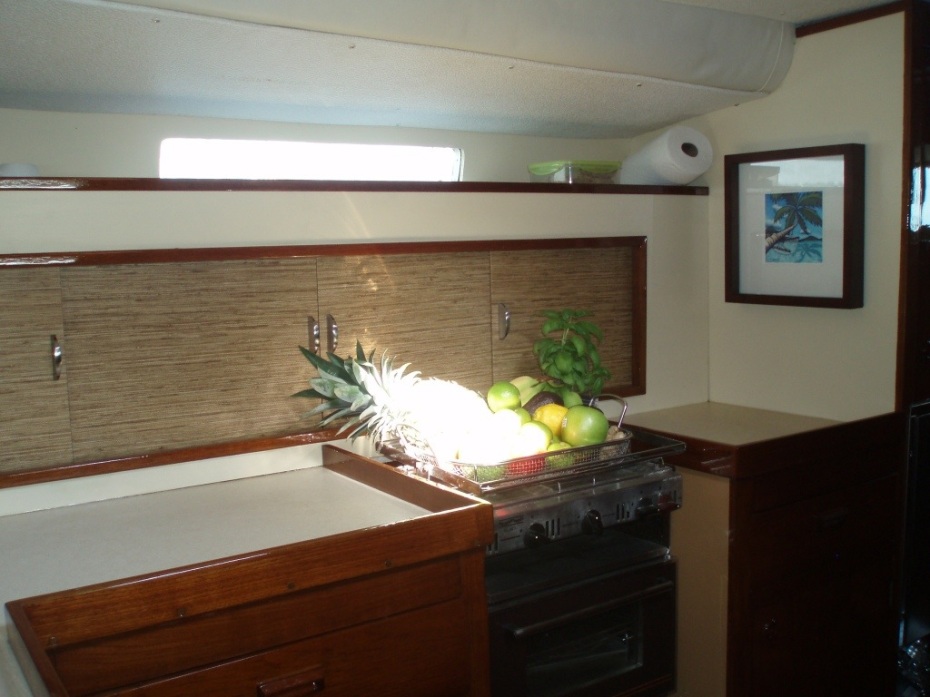 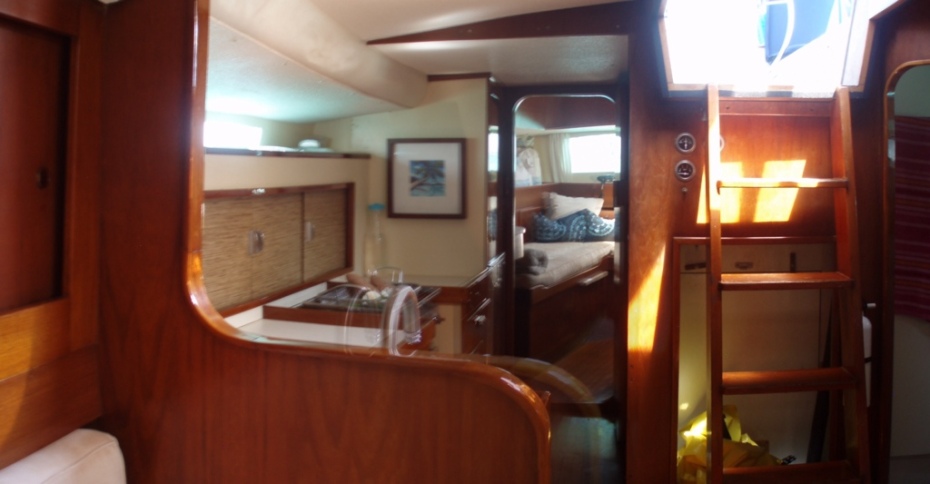 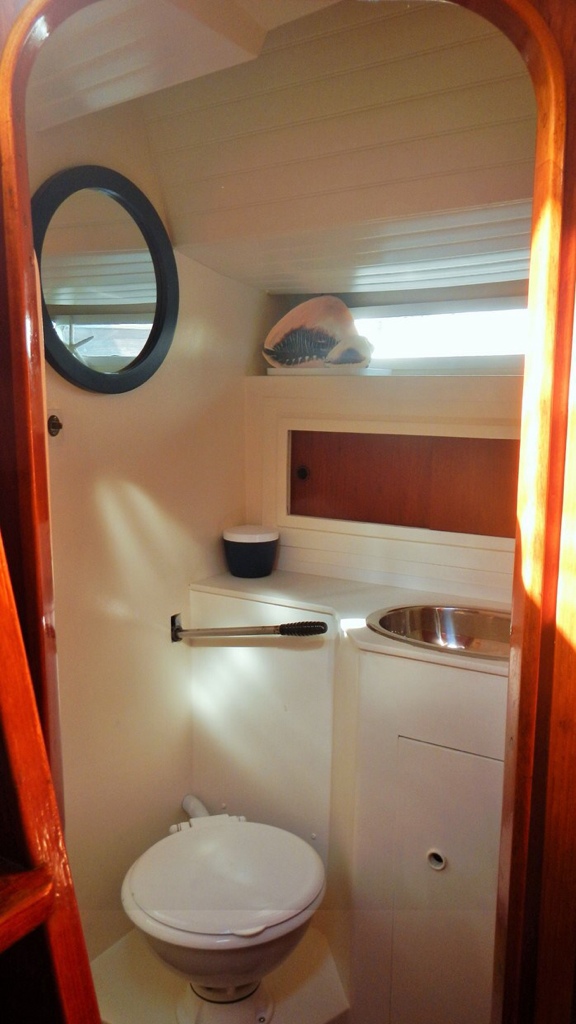 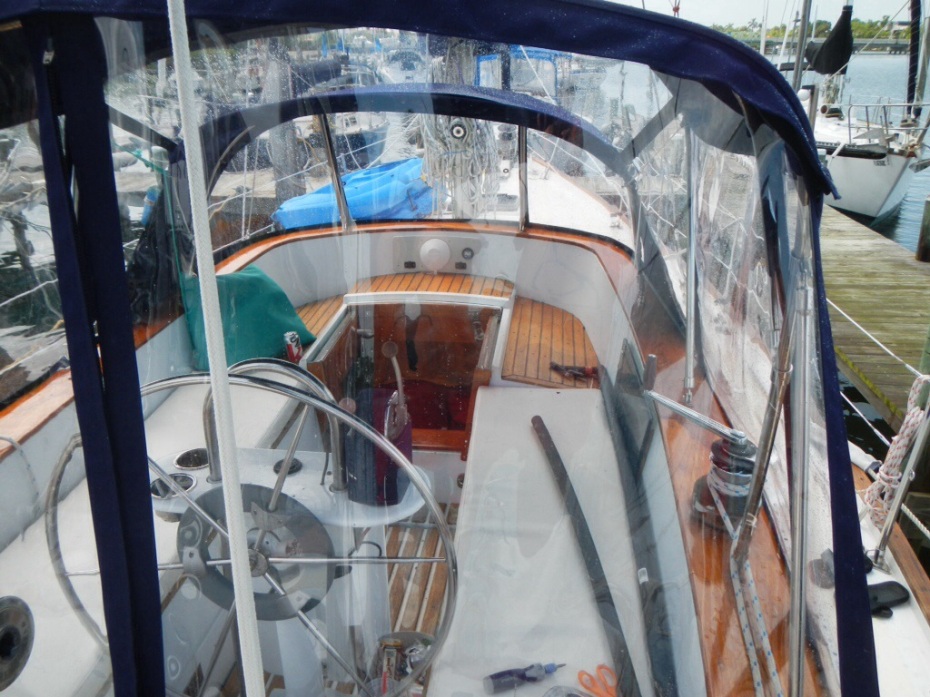 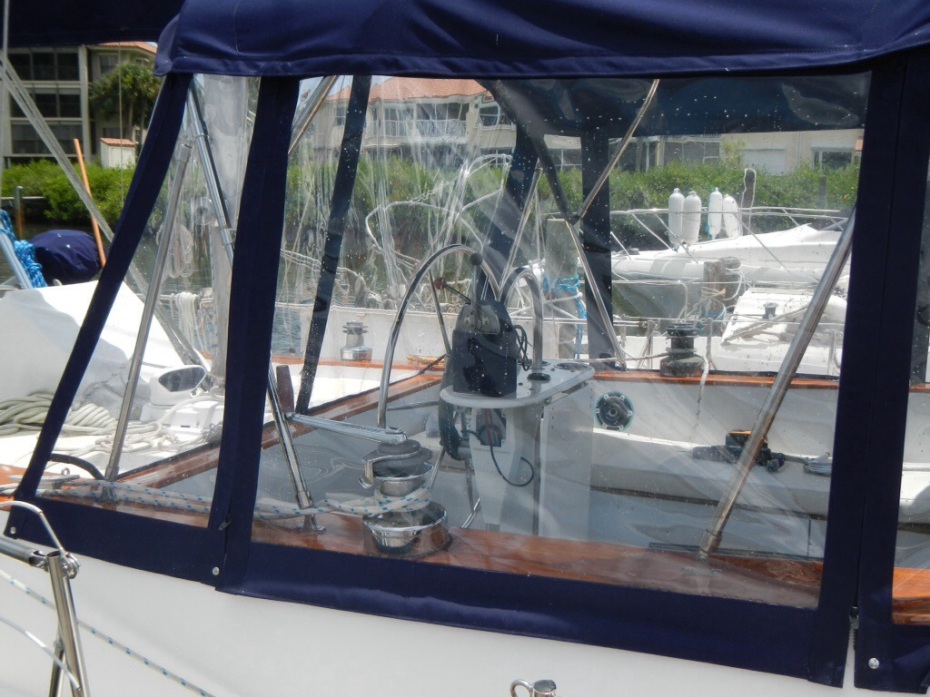 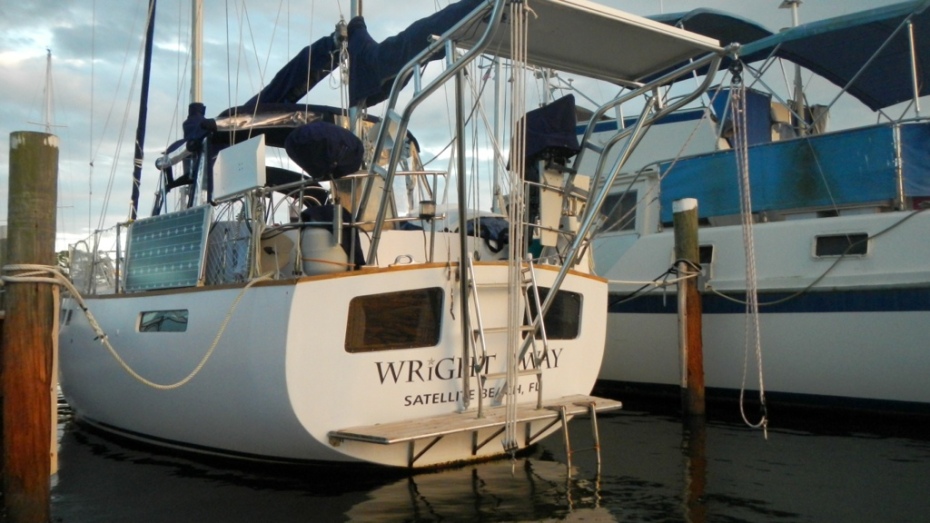 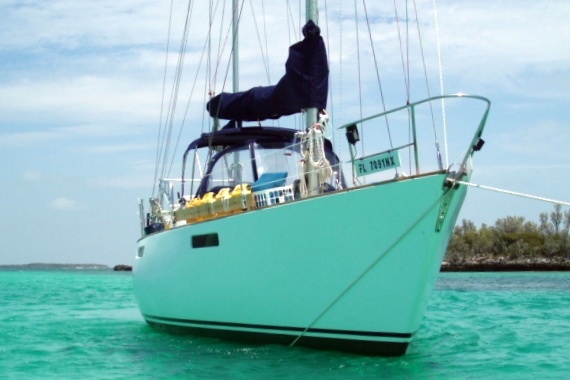 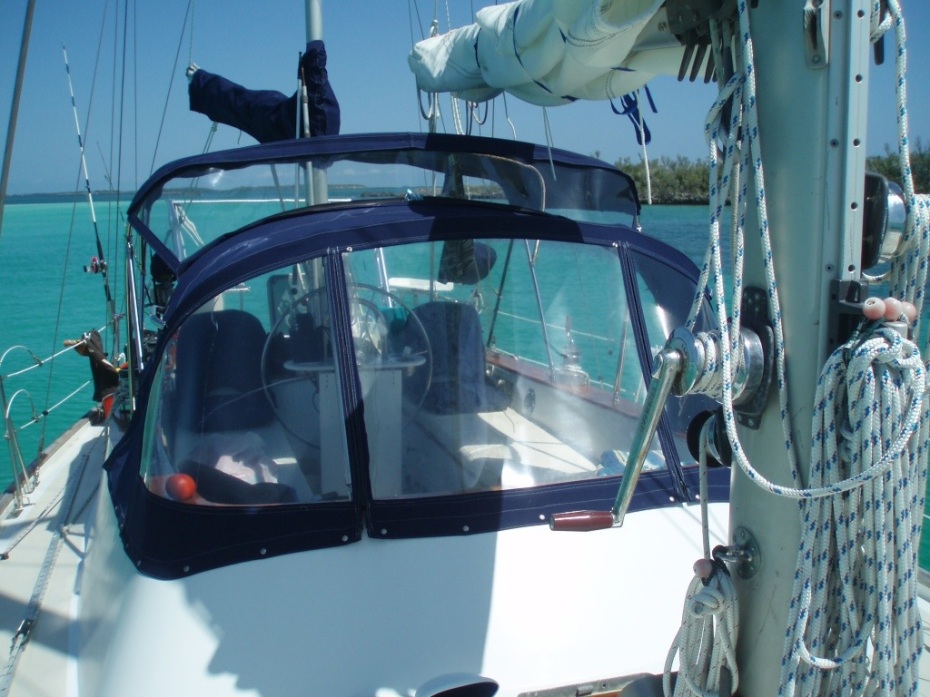