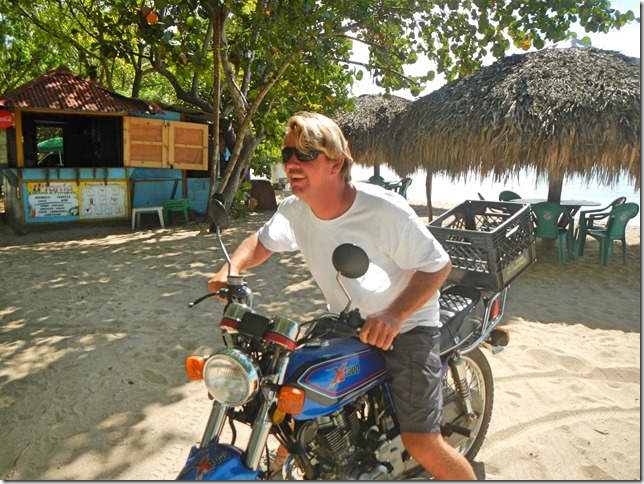 Keith, I may have mentioned once or twice, has been obsessed with getting on a motorcycle here.  He finally rented one for the day.Unfortunately we had to stay close by because the cold front was arriving and we were not sure what to expect in the harbor.  We had so much fun just touring close by that after telling Antares and Blabber about it we all rented motorcycles for the next day. They cost about $10.00 a day. We had already rode around so much that our butts hurt, but it didn’t stop us from going again!

We had arranged to have three motorcycles the night before and they were waiting for us in the morning.

^^ Walewijn, Quirijn and Hedda from Antares all set to go! 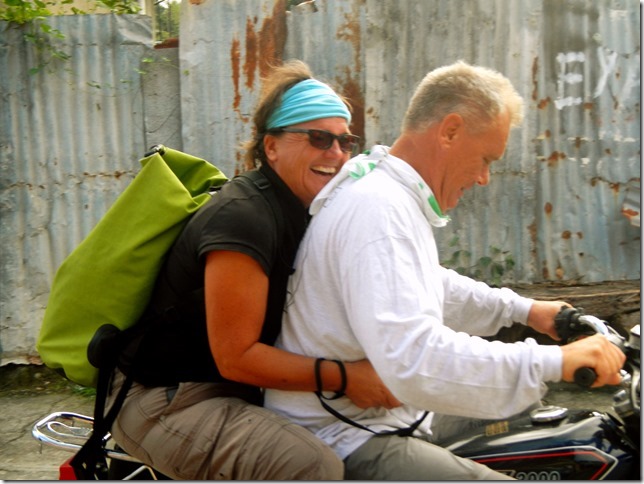 ^^ Ben and Ingrid from Blabber all set to go!

^^Wright Away all set to go!

We quickly left the town and got on the country roads. There are lots of small family farms.  Some had gardens and field crops others had pastures.  It was very overcast but the views were still stunning! 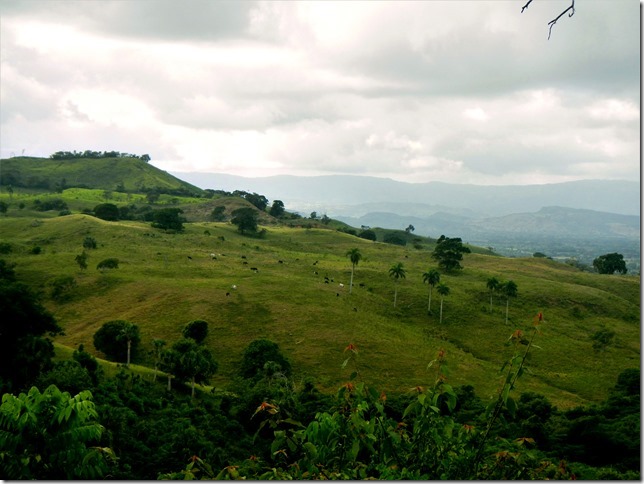 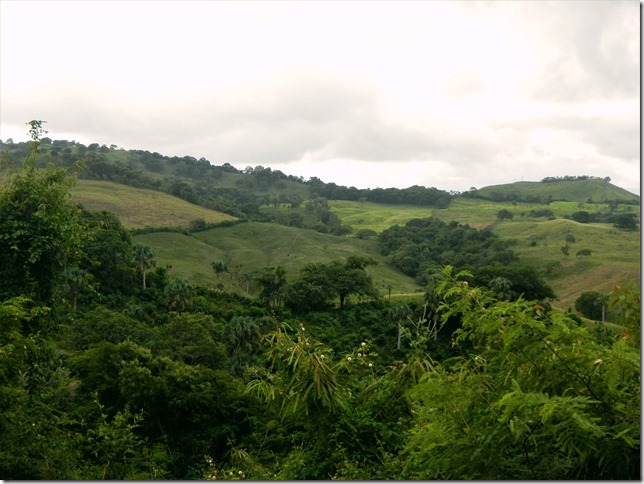 We passed lots of horseback/donkeyback riders.  Some were herding cattle some were carrying produce.  Others were just traveling.

^^ One of many “where are we- where should we go” stops.  Also provided a “give my butt a break” stop.

^^ One of many traffic jams we encountered. It is against the law to honk your horn at a cow here.  Not that we ever would.

Everyone we met was so helpful and everyone we passed waved and shouted “hola”.  It was easy to find someone willing to help with directions and if we were stopped on the side of the road to rest or sightsee we were asked if everything was OK.

The floods that hit Haiti also hit the Dominican Republic.  We came across a bridge that had be swept away in the floods.  This man has made a raft and ferries the motorcycles, and their riders, across the river.  It was so fun to watch. 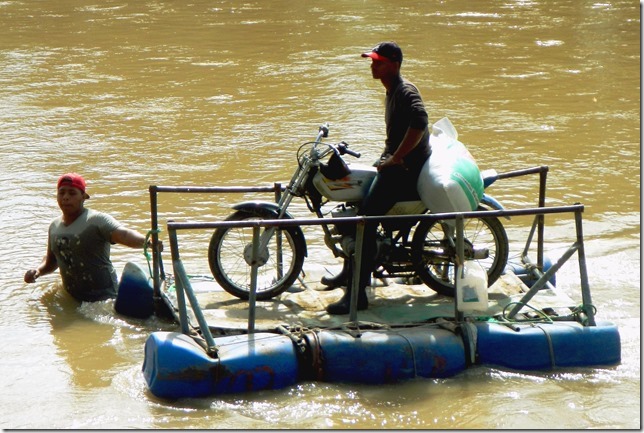 ^^Here is us deciding whether we should cross the river or not.  It looked like a fun experience, but in the end we decided not to.  We were not sure what was on the other side of the river and also we were afraid that when we came back the raft tender might not be there anymore.  Sensibility won out and we chose another route.

^^ The horse did not ride on the raft, it crossed up river where it was a shallower. 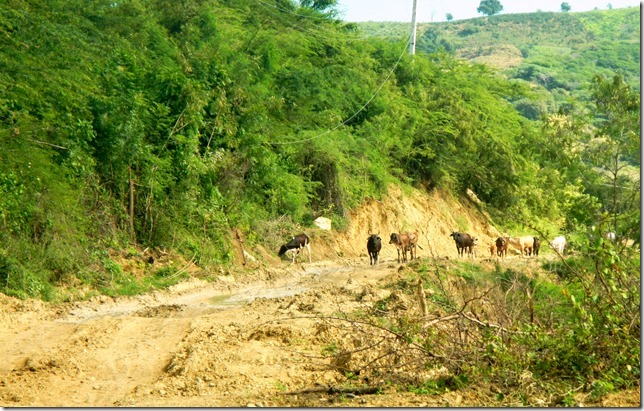 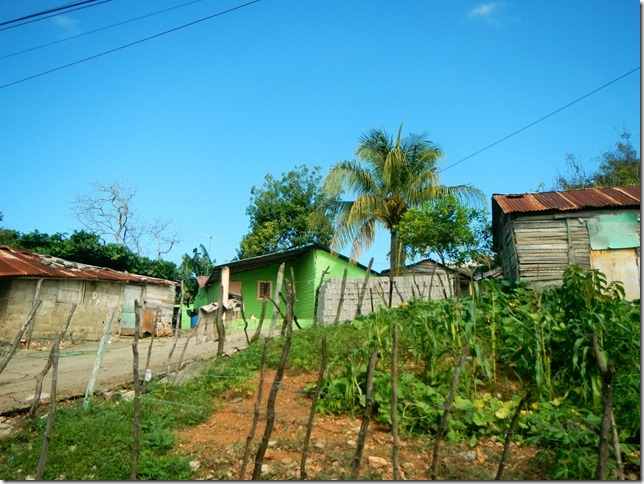 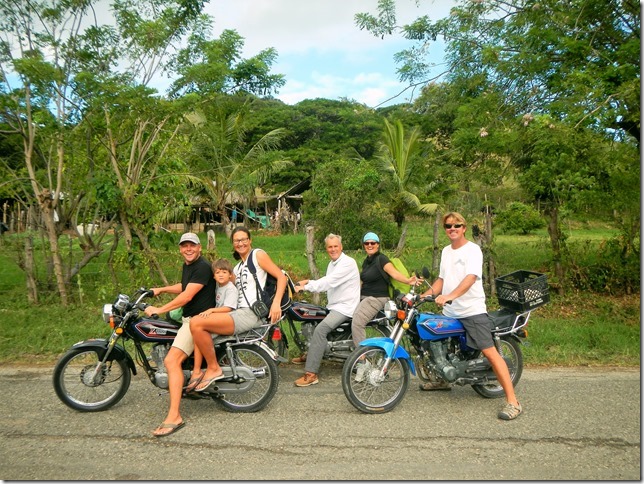 ^^ We stopped in the small beach town of La Isabella to grab lunch.  It had the perfect little beach shack.  We were the only ones around and it was beautiful!

^^ Despite the bar offering a picture menu, it didn’t have a tourist feel to it. 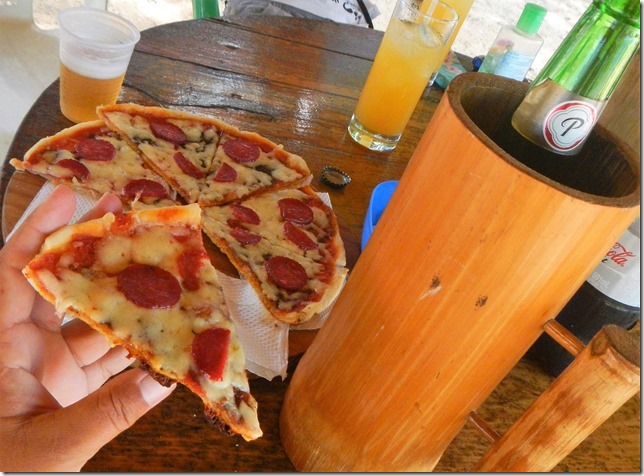 ^^ Perhaps not the most local choice of cuisine, but I think the brothers that owned the shack were from Spain.  I think, I’m not sure.  The pizza was good though! 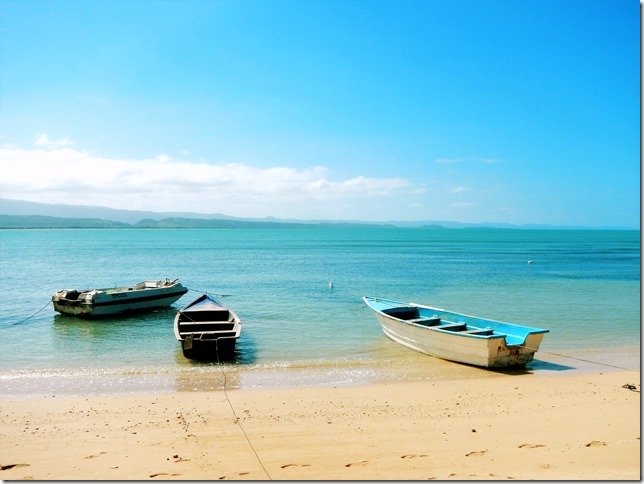 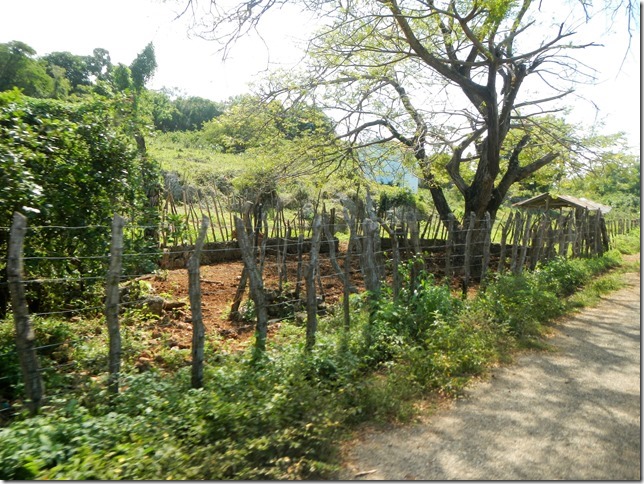 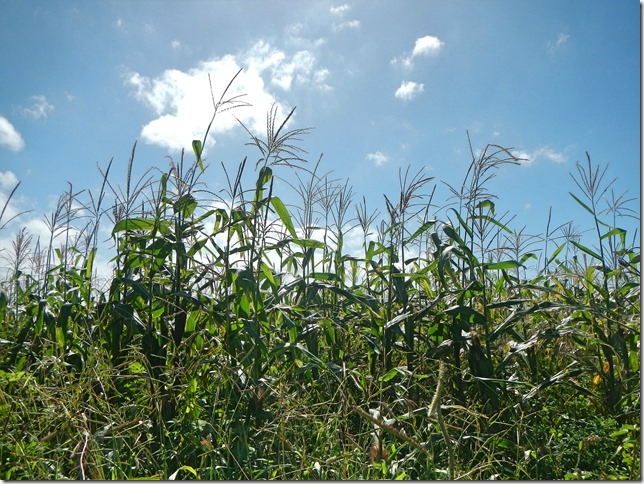 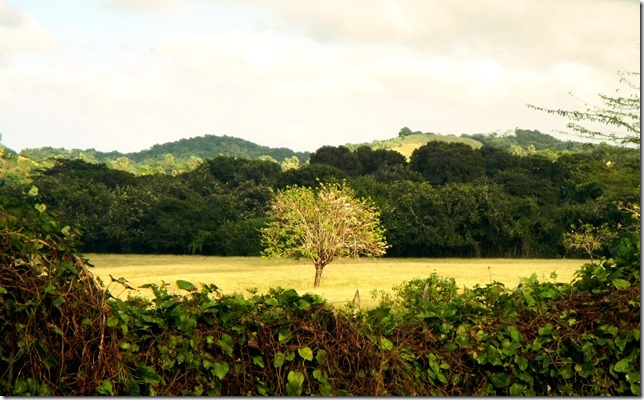 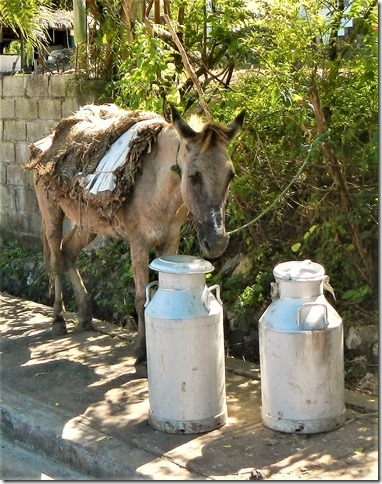 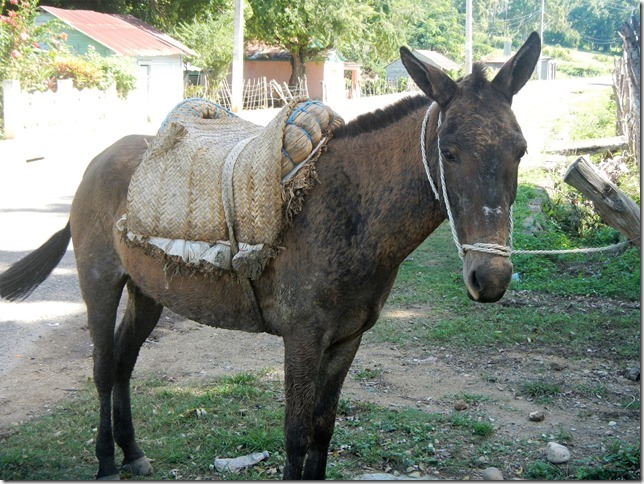 We rode around for a few more hours and stopped at the ice-cream shop next to the red and white polka dot café.  An ice-cream cone is about 50 cents here. 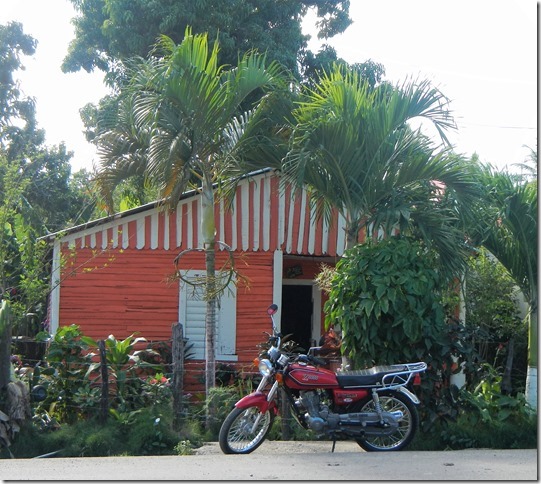 It was another fantastic day!!!

One thought on “Motorcycles!!!!”