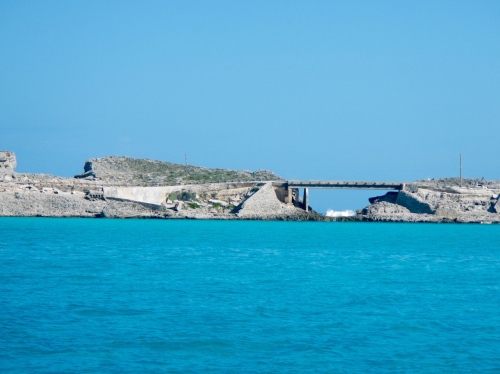 We decided to take the scenic route down the coast of Eleuthera today.  The water is deep enough to sail just yards off the coast.  It was kind of like taking a slow Sunday drive.  First pit-stop was the Glass Window Bridge.  It used to be a natural rock bridge spanning the narrowest section of Eleuthera.  A hurricane destroyed it and now it is a man-made, architecturally plain bridge.  The draw is seeing the dark blue of the Atlantic Ocean and the light turquoise of the sound next to each other.  I couldn’t really capture it.  Keith and I were more impressed with the two fishermen on cliff.  I don’t know how you manage to get your fish all the way up there after you hook it! 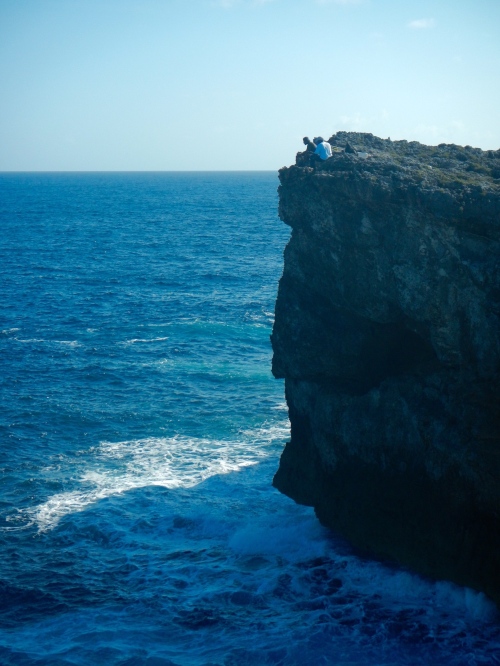 On the walk back Kai got the bejeezus scared out of him by a tiny blowhole we didn’t see. Poor guy.  He finally worked up the courage to go back up to it.

We got back underway and coasted down the coast, passing little anchorages with sandy beaches, resorts, and houses speckling the cliffs.

We had thought about making a lunch stop at Gregory Town.  Last time we were here it was for Pinapple Festival, the main event of the year for this island.  At that time it had been packed with people and stalls selling pineapples and pinapple slushies (without liquor) and the music had been coming from everywhere and everyone was dancing. It was a great time.  Today we didn’t even see one person! We ended up just doing a slow drive by from Pittman Cove. 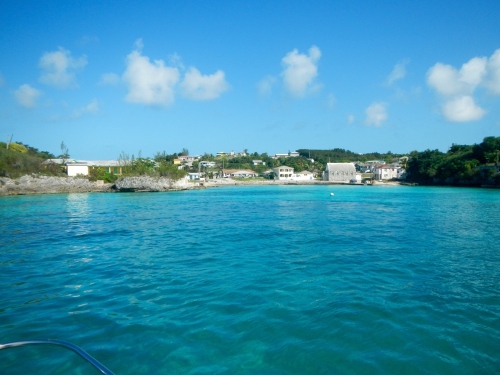 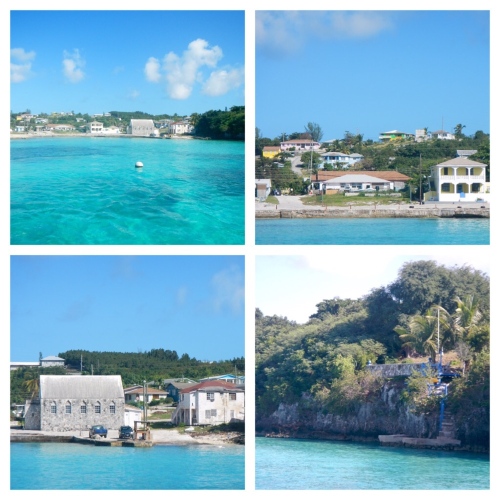 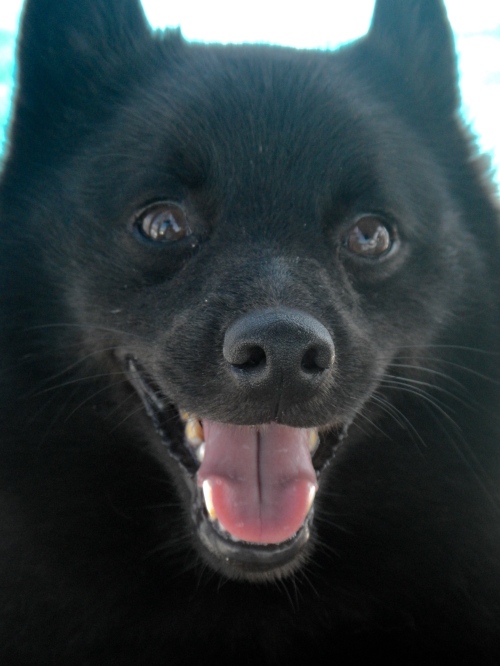 ^^ Kai, placing his vote for stopping and going ashore.

^^ We sailed past the narrow rock entrance of Hatchet Bay but didn’t go in.  No hidey-hole needed today!  Yay!

We ended up about half way down the island and found a sweet deserted anchorage we had all to our selves.  We got there early enough that I was determined to find a way across to the Atlantic side.  The chart said there were pink-sand beaches directly across from us.  Keith dropped me off on the shore and wished me luck. I found a rutted out dirt road that led across.  At the end it branched, to the left led to a calm cove with a wide clean pink beach, to the right led to a “treasure” beach.  That is what I call the ones where all the trash washes up.  They were both a delight to find.  Now, when I say pink-it’s not Peptobismol pink.  Just not exactly white or yellow either. There are definitely pink grains though and in the right light you can see it. 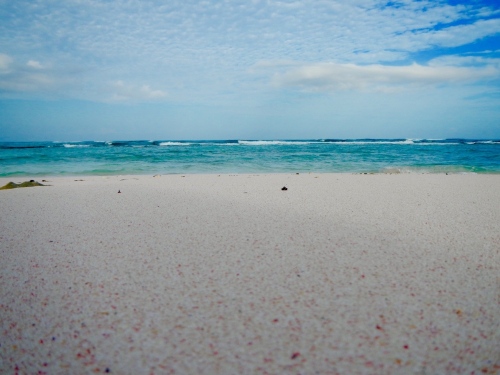 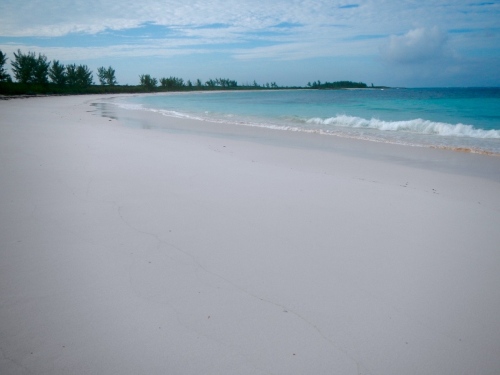 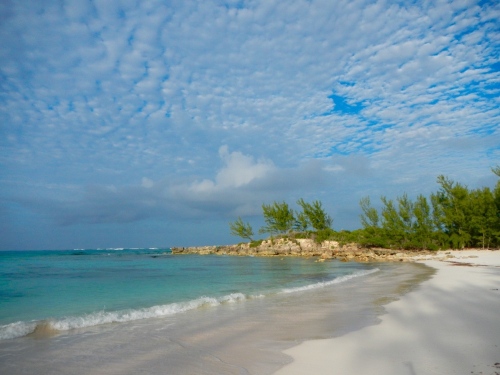 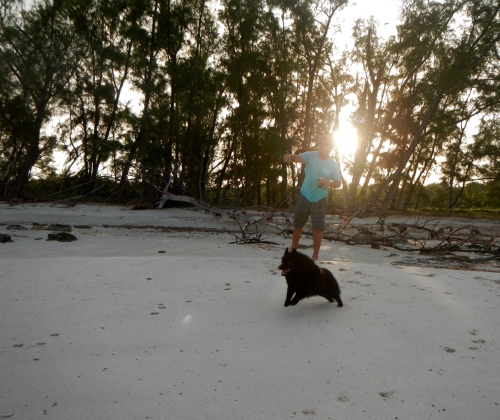 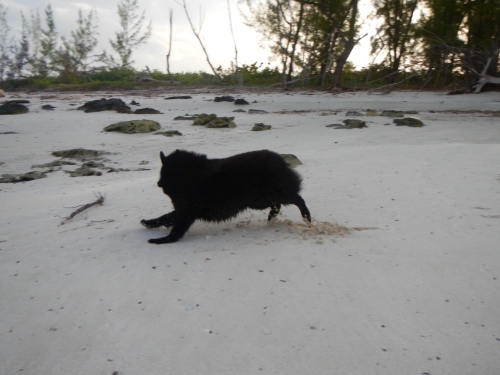 ^^ The rest of the afternoon we let Kai play on one of the tiny islands in the anchorage.