We’ve only been to Eleuthera once, it was ten years ago and we were sailing with our close friends Alex and Lisa, them on their catamaran and us on our little Catalina 30.  Like last time our first stop was into Royal Island, actually a little island just north of Eleuthera. It is an interestingly shaped island only 3 1/2 miles long with a large harbor inside of it.  It once had a very grand plantation on it and the ruins are still there.  The main two-story house sat up on the highest “peak” with deep terraced gardens and wide stone steps leading down to the harbor with a stone pier.  There were wide stone paths to the other buildings, the stables, and to the ocean side were there is a beach and another old stone wharf.  When we were here ten years ago the plantation ruins were mostly cleared and we explored them thoroughly, there were still plenty of the brightly colored hand-painted tiles throughout and parts of the slate roof were intact.  Now with ten years of overgrowth the ruins are invisible from the anchorage but they are still there and we enjoyed checking them out again.  No one lives on the island though sometime since we were here last it was sold with plans to make it into a marina.  Some construction got started in 2009 but nothing has been done since, I am OK with that.

So, the ruins were cool, but what I REALLY remember about our first stay at Royal were the drug smugglers.  When we sailed into the island we noticed an old powerboat boat anchored out on the Atlantic side, it seemed an odd place to be.  It was just our friends and us in the anchorage.  That evening around dusk a small open powerboat with four guys drove into the harbor each of them had what looked like  two AK-47’s across each shoulder with 30 round clips.  They payed us no mind but we quietly slipped inside the cabin, giving them as much privacy as possible while still peeking out the windows.  They offloaded in the southern corner of the anchorage assumably to the mothership we saw earlier in the day.  They didn’t appear to be too concerned about being discreet as we heard them yelling and singing as they worked.  Even with the show of guns, we never felt unsafe.  After dark all we could see was the faint glow of their GPS screen as they drove back past our boat and out of the harbor.  The next day we were diving on the wreck nearby and both US and Bahamas military helicopters were circling over, a few hours too late.  This years visit did not hold the same excitement, I am OK with that. 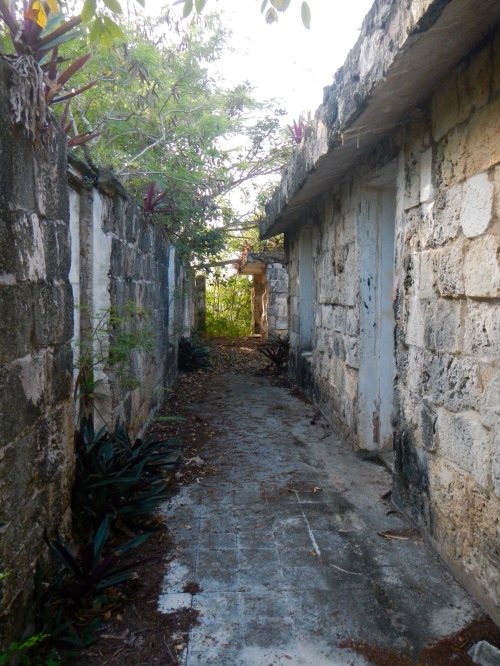 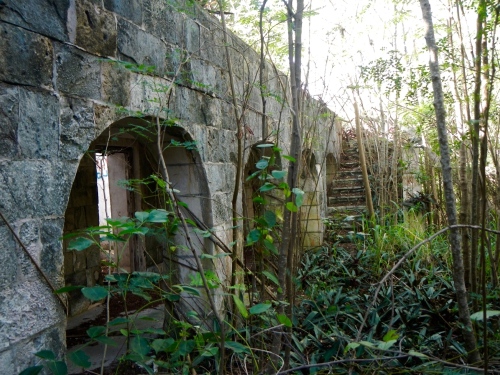 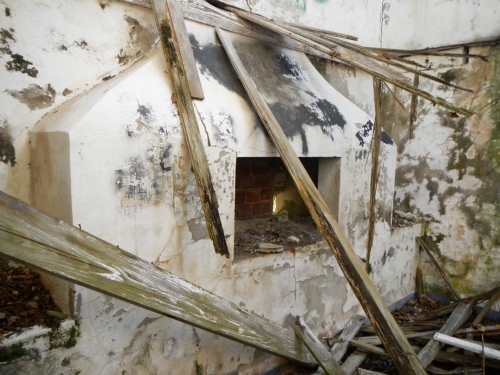 ^^the two pics above are of the same area.  The top one was taken ten years ago.  You can see the flagpole in both photos.

From Royal Island we sailed through Current Cut  (It is a narrow cut through the islands and there is a whole lotta current ripping through it-very appropriately named) to Hatchet Bay.  I wasn’t wanting to return to Hatchet Bay this trip, not because I didn’t like it ten years ago, but because I did like it.  We had spent a few weeks there with our friends and had handful of great memories.  I didn’t want to tarnish them, or try relive them….does that make sense?  But reports of some really bad weather still coming our way over the next several days prodded us to stop as the anchorage has good 360 degree wind protection.

Hatchet Bay and its settlement, Alice Town, are not pretty.  There are no cute painted cottages, no pretty little gardens.  It’s a raw, scarred town.  The faded and crumbling houses are pieced together with scraps.  I don’t think all the houses have utilities, there are neighborhood spickets for water.  Broken and rusted cars and equipment lay in every yard.  We passed a cat gnawing on a mouse head, just the little head.  A stray potcake pup was almost always trailing along behind us as we walked the street.  And yet, this little settlement stole my heart for a second time.  I have never found such friendly people (I know I said that about Grand, but still).  Every single person says hello, they aren’t asking for anything, just honestly welcoming you to town.  We easily started conversations with several people.  You’d never know by looking, but it’s a happy place.  By the end of the evening we had stopped at thee “bars” and shared a dinner from the take-away all for $25.00.  A local fisherman had waved to us from his row boat as we entered the harbor and we ran into him at one of the “bars” and talked to him for a while. He was a happy guy. We were walking back to the boat when I knew I recognized one of the locals from our last time here.  Keith walked up to him and reintroduced ourselves, he was blown away that we remembered him and his name ten years later.  To be fair, his name was Keith and he sold conch salad out of the trunk of his car–thus, making him quite rememberable.  We went back to the boat feeling good, good memories intact and maybe even dusted off a little.

Hatchet Bay/Alice Town you are beautiful on the inside. 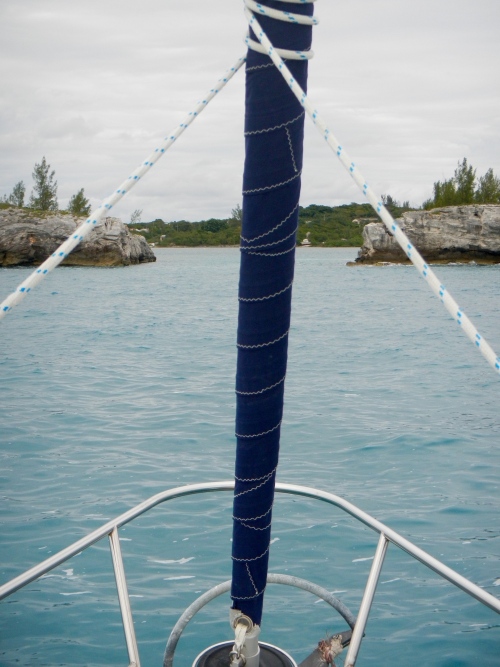 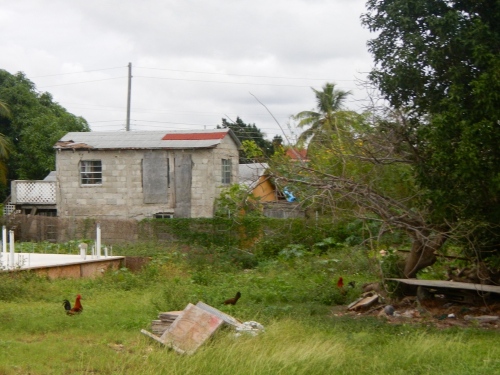 The plan had been to stay in Hatchet Bay for the upcoming days of bad weather, but we were also wanting to catch up to our friends on the cat and Saraid too.  We decided we had enough time to make one more day of sailing before needing to hide so we put our big-kid pants on and ventured out for a sporty little sail to Rock Sound (southern tip of Eleuthera).  The winds were well into the 20’s and gusting thirty. Wheeeeeee! Because the risk of squalls we sailed with just a reefed job and hugged the coastline which prevented too much fetch. We still were going almost seven knots. It actually was a fun, fast, and basically comfortable sail.  We got snugly tucked into our anchorage before the winds really kicked up for another noisy (sleepless) night.

2 thoughts on “Eleuthera Then and Now”