Grey would still be the word of the day so we’ve been busy exploring on land again.  We saw the roof of a cabin as we dinghied by this point, the roof had a hole in it. Decrepit things beckon to us,  we just had to check it out.  As we walked up to it there were yellowed pages from books everywhere, some pages had even flittered down into the open, dry cistern under the front porch. The doors and windows were open or missing. Once we got close it was evident that it had been ransacked by humans and critters both.  Keith went inside, stepping over spilled Scrabble tiles that were scattered across the floor.  A HUGE owl swooped down and startled Keith before flying out one of the open windows.  I wish I had gotten a picture of either the owl or Keith’s face!  We had fun peeking around at the vintage dive gear and collected shells strewn about. It was obvious that someone used to have a good time there.  The beds still had blankets on them but the rodents had eaten the mattress till only the wire springs were left and, of course, we found the source of the book pages fluttering about outside. 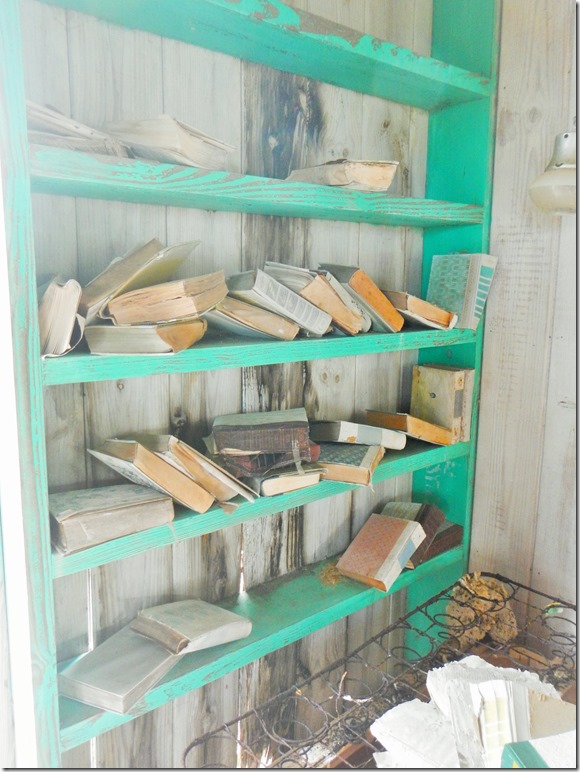 Going for a longer walk, we found a small pond on the island and made our way to the “Treasure” beach.  The ocean side beach is smothered with a heart wrenching amount of litter, almost all plastic.  As disturbing as it is to see, it did provide us with an afternoon’s worth of entertainment as we sorted through the garbage.  Items from the El Fargo cargo ship that sank in hurricane Joaquin have been washing ashore along the islands.  We found several items most likely from the ship including packages of Frontline flea medicine, new containers of Men’s deodorant, and lots of pharmacy items including several bottles of unopened medications and unused syringes.  I found a plastic capsule from an inflatable lifeboat with and identification card inside but the ink had washed away and I don’t know if it was from the wreck or not. 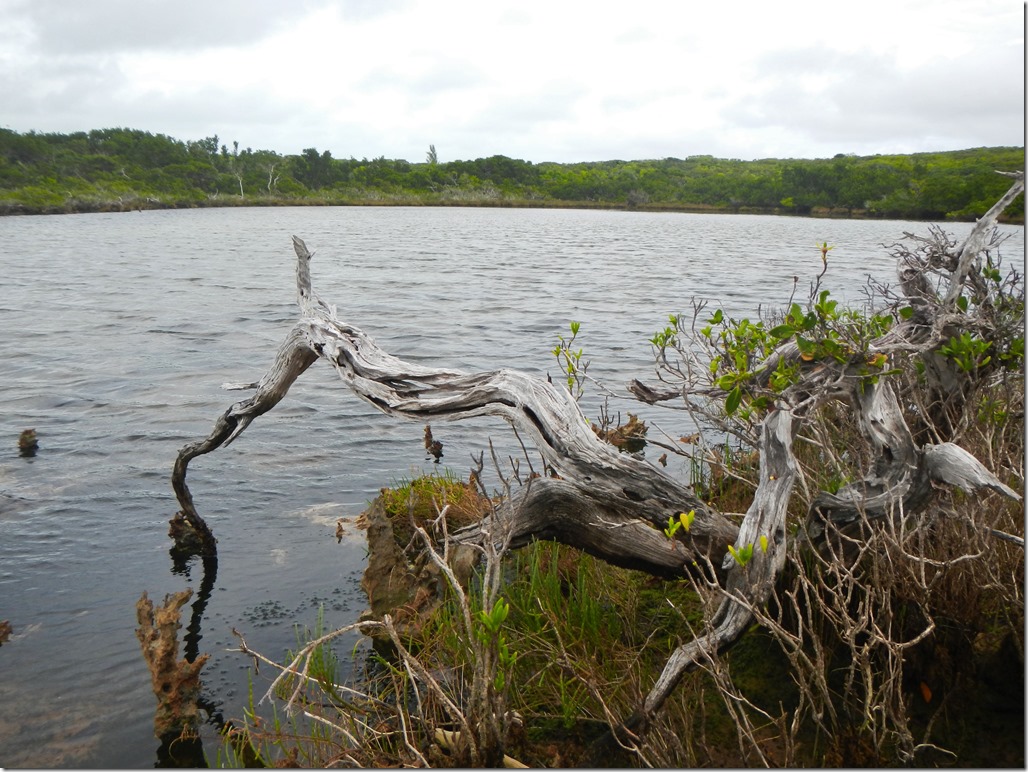 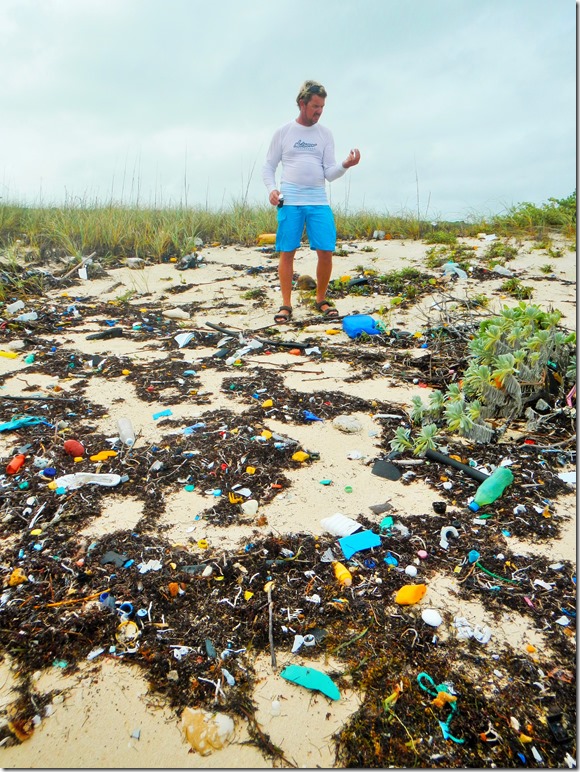 *Pictures below—WHAT ARE THESE?  We have found several of these the last few weeks and have no idea what they are.  They kind of look like a urinal from the top but are closed on the bottom and look like they were glued into something.  Any ideas? 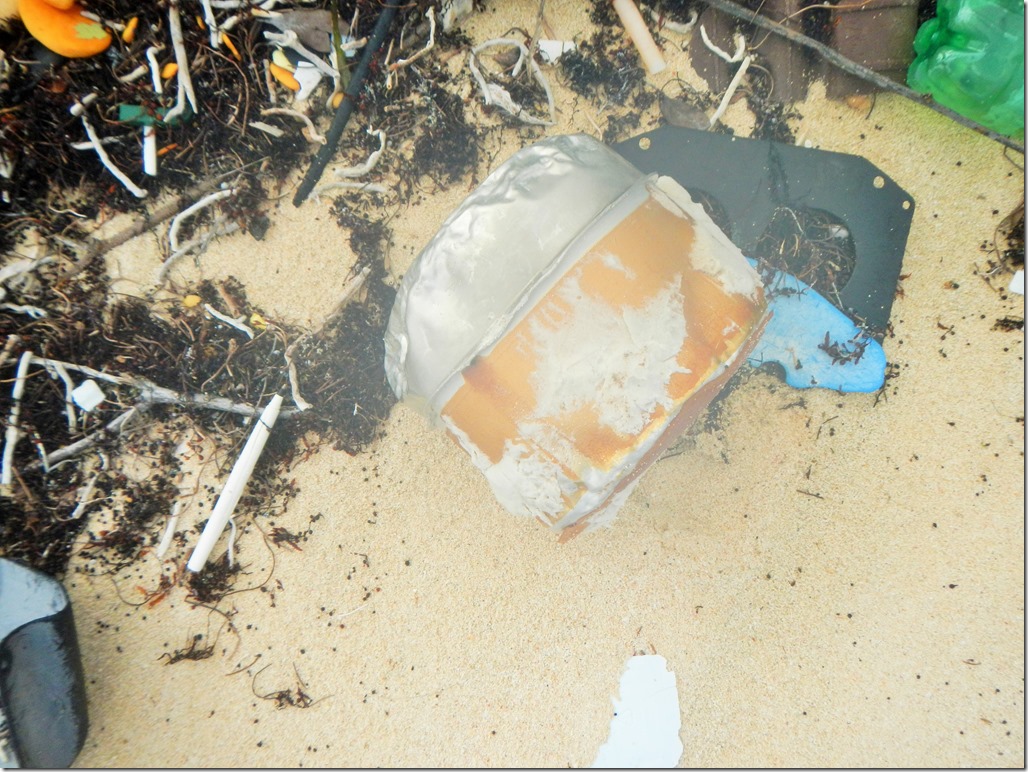 Yep, still looking too rough out there for me!!

On the main island of Abaco there is the ghost town of Wilson City it was once used for logging.  We dinghied across to go exploring and looking for treasures of the non-plastic variety.  It was a failed mission.  The waves were breaking on the west coastline and we had to go around the point and pull the dinghy up in the mangroves.  Some of the foundations were easily seen from the water, but we heard the neat stuff is inland.  I can’t tell you, we never made it “inland”.  There was no path and it was so densely overgrown that we could not get more than a few feet in.  Of course the mosquitos waited to swarm us until we were completely tangled up in the brush.  I’ve never been swarmed so badly, I even had bites on the palms of my hands.  We quickly retreated.  I’d like to give it a go again, with long pants, a machete, and a full bottle of bug spray. 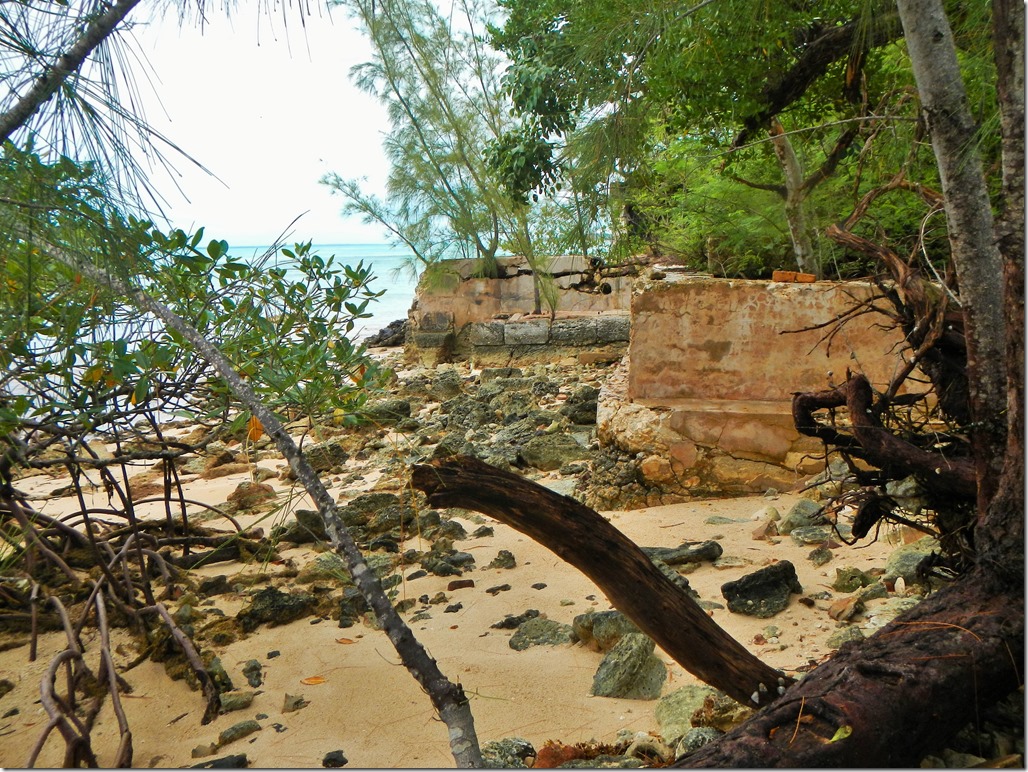 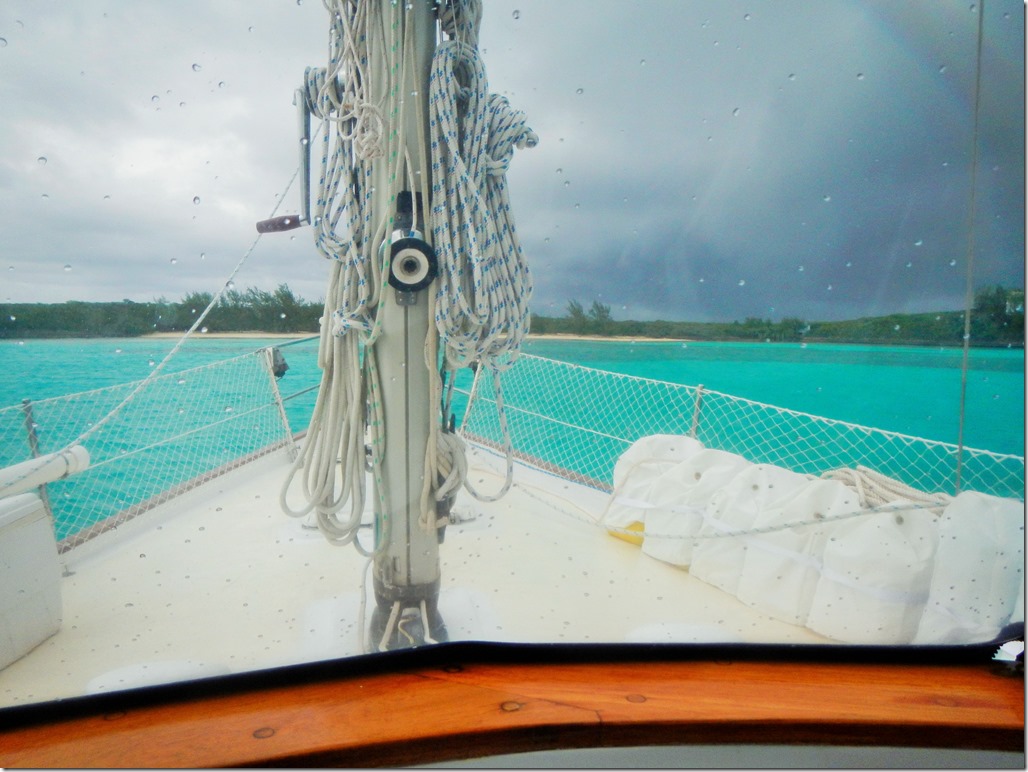 The water is still pretty even when the sky isn’t.