What a difference a day makes, or, more accurately, a night makes.  Snuggly anchored in and well rested we got busy making the most of what this beautiful place has to offer with Tom and Jonathan.  We soaked in the beach, watched another boats’ crew as they entertained us with a hydro-foil kite surfing show during breakfast, broke out the paddleboards, and got in some much anticipated diving and spearfishing.

I was hoping that lugging along the paddleboards would be worth the effort and were  rewarded immediately with two great paddles.  The first was around the anchorage and rock ledges.  I can best describe it as snorkeling without tasting the salt. On the second, we loaded the boards into the dinghies and Tom lead us on exploration of the inner mangrove lined cuts of the island. It was spectacular seeing mangroves and coral at the same time.  We saw a lot of young sea turtles too-they can really scoot!

Of course we also headed out diving several times.  Keith speared a big hogfish on the first dive.  When they surfaced, the boys immediately said “Alex must be here looking down on us today”.  Alex has to be given credit for sharing this spot, and his love of it, with us.  He is also the one who taught Keith to spearfish here.  Jonathan and Keith were successful on all the dives-Hogfish and conch for dinner each night.  It’s what we’ve been waiting for, no disappointments!

Tom also led us out to the very outer reef for a snorkle, out where the surf breaks.  It was an unusually flat calm day and only one section was breaking so we dinghied out.  Unfortunately, my camera battery was dead, such bad timing! It was breathtaking.  The reef was very shallow, maybe ten feet, and was unbelievablely vibrant.  There were corals in every color and texture and it was covered with pretty fish.  The four of us had a spectacular time.  Going back out (with a camera) is now on my bucket list.

After the days of activities, the nights were ended with delishious dinners shared aboard our boats and good conversation.  We are off to a good start. 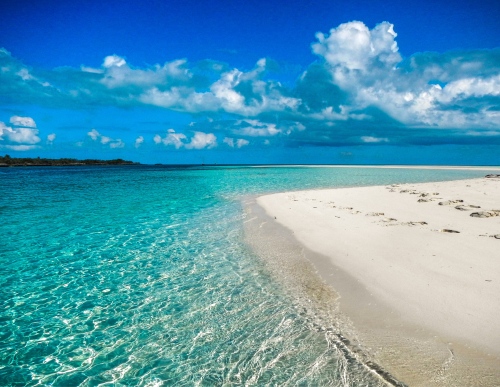 ^^It is worth the extra effort! 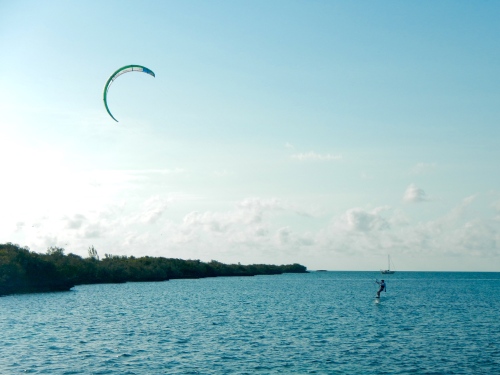 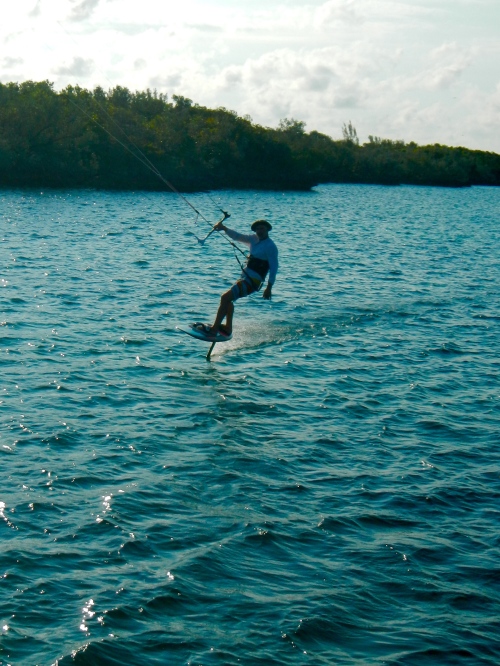 ^^these guys and gals were fun to watch 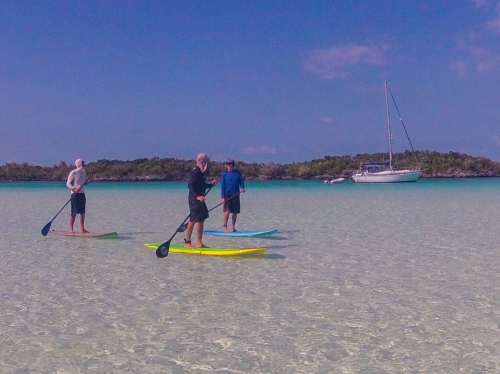 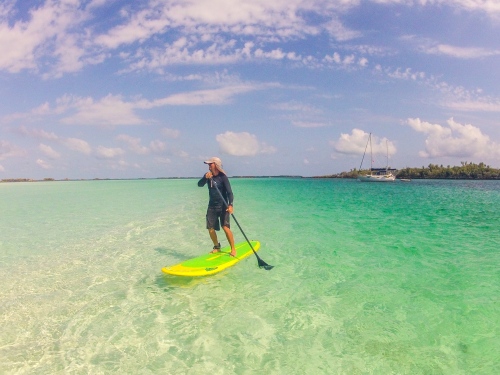 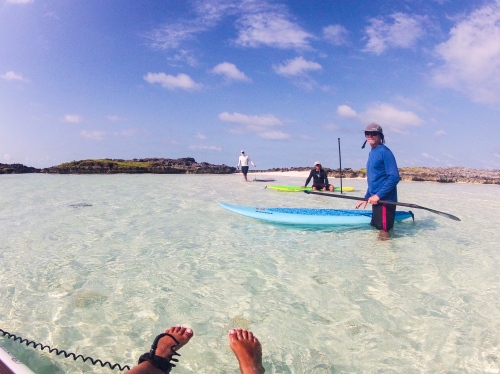 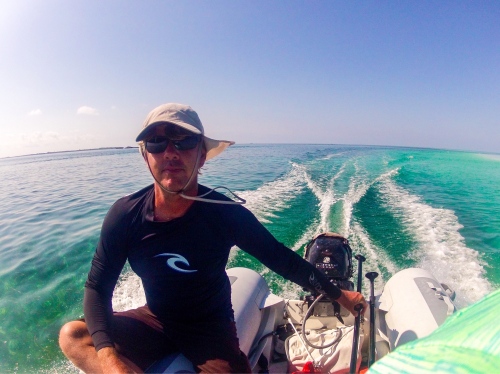 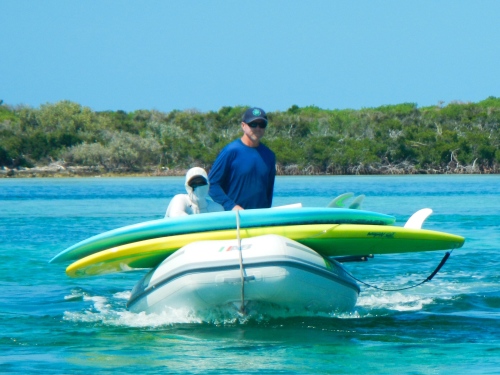 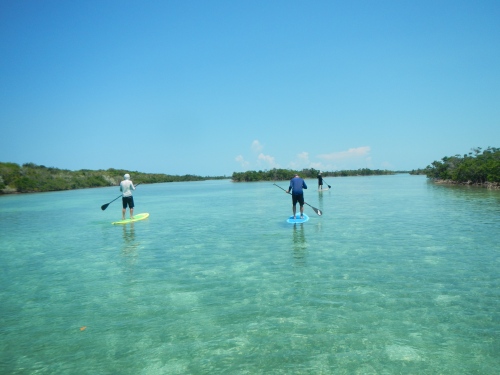 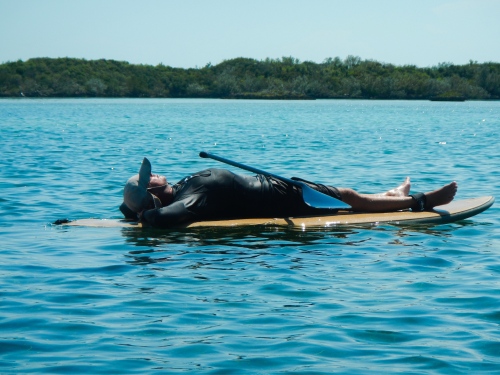 ^^Keith squeezing in his afternoon nap 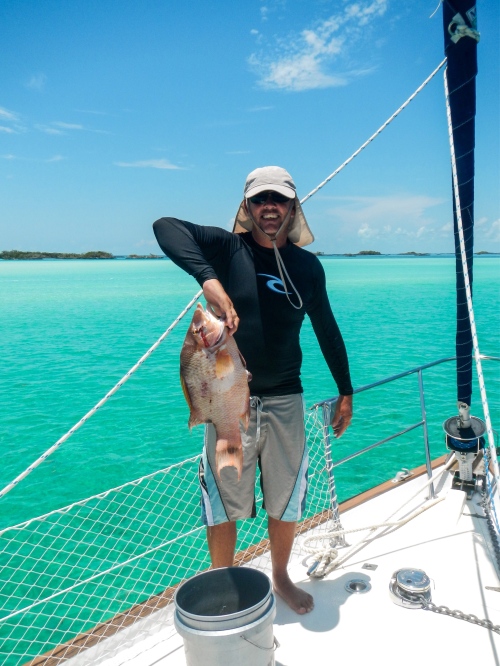 ^^not too bad for the first dive:) 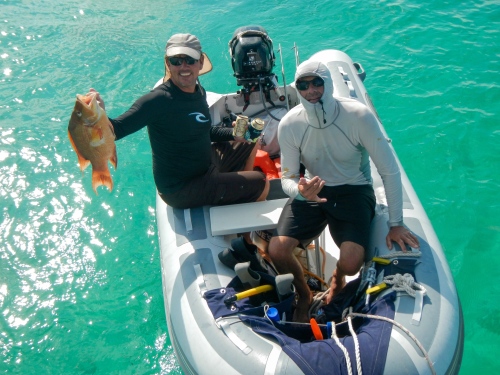 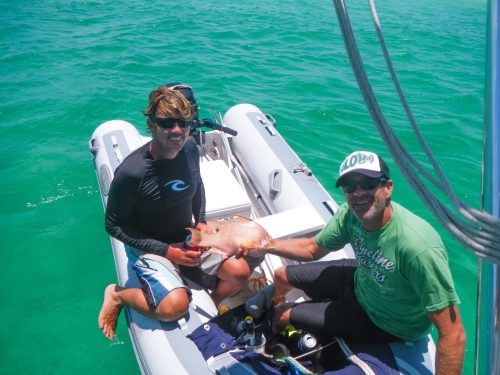 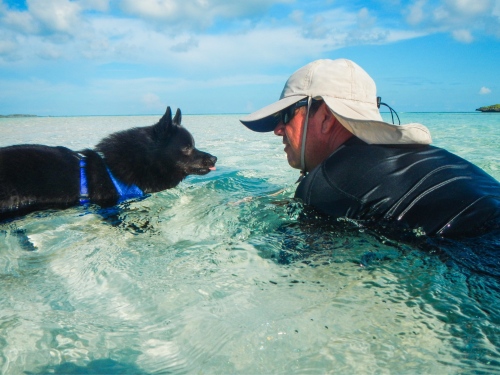 ^^Kai likes the water too.  Wading out to give Keith a kiss. 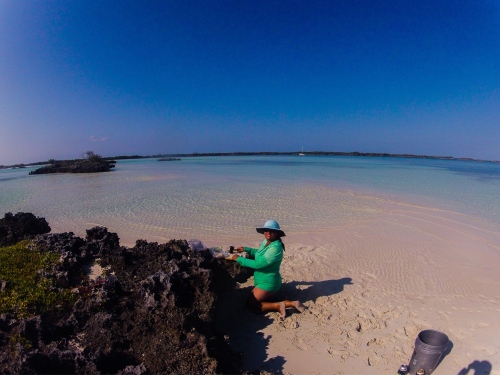 ^^not a bad place to pound some conch for dinner, can’t beat the view 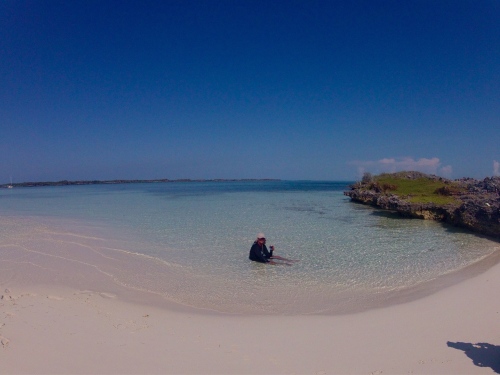 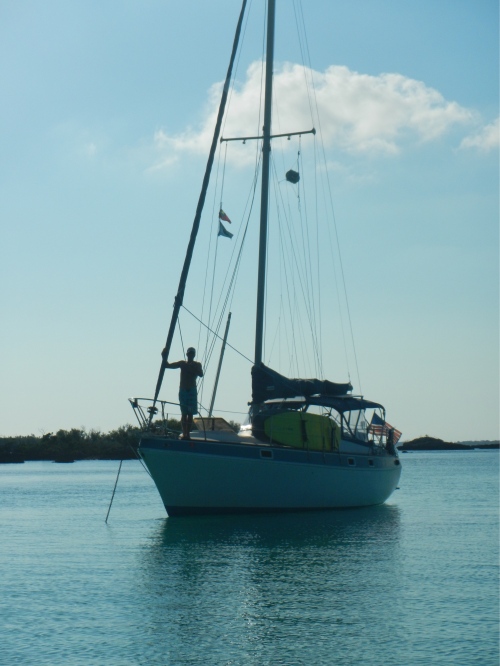 8 thoughts on “Play Time with Friends”