When we were in the house I was always rearranging to furniture. Heck, sometimes even walls were rearranged. It has been no different on the boat.

The table and bed were in need of some redesigning. The table has been a project in progress for years. The original was hideous as you couldn’t get in or out once the table was folded up. There has been more than three different versions since the first was yanked out. My last attempt (the middle pic) was my best go at a teak table using only simple hand tools. Unfortunately it looked like a simple did-it-without-the-right-tools kind of job. Thankfully a local woodshop was able to salvage my work and we finally have a table. This is a good thing because I don’t think Keith had the patience for me to scrap one more. 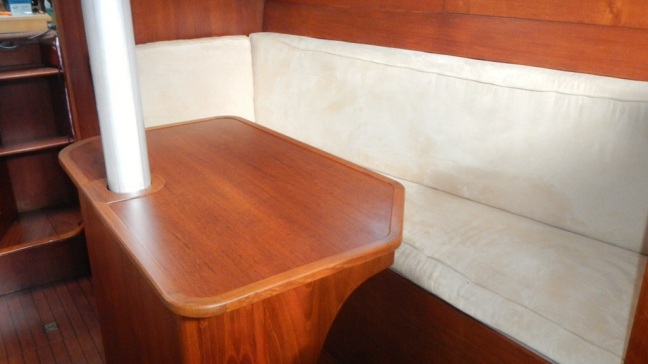 The bed at first glance seemed to just need a bit, OK a lot, of freshening up and new mattresses made. It wasn’t until we started living aboard that we realized it needed more than that. The aft cabin had a weird “U” shaped bunk. The larger side was almost a queen. Except it was much shorter, and a little more narrow, and had a shelf over part of it. Really it was more like a single and we didn’t both fit. At least not comfortably. The other side of the “U” was too narrow to sleep on (I tried). Frustrated, we got out the tape measure and figured out how to make the largest, most squarest bed possible. We lost about 1.5 square feet of standing room but now have a squarish bed that is as wide as a queen and three feet longer than a king. Hello, why wasn’t the bed always like this!

Now I just have to sew up some new bedding and sprawl out. 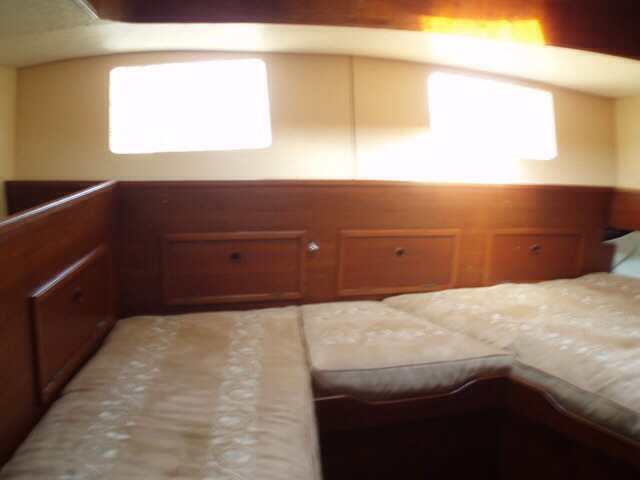 2 thoughts on “Rearranging the Furniture”